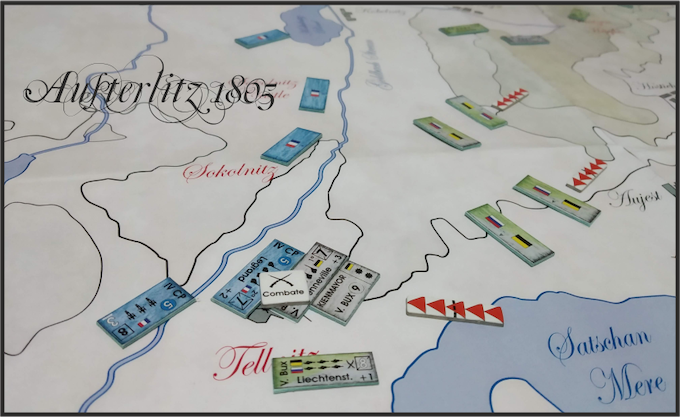 It's been a week since we started the Kickstarter campaign and we've already reached 70% of the funding needed to make this project a reality. Thank you! 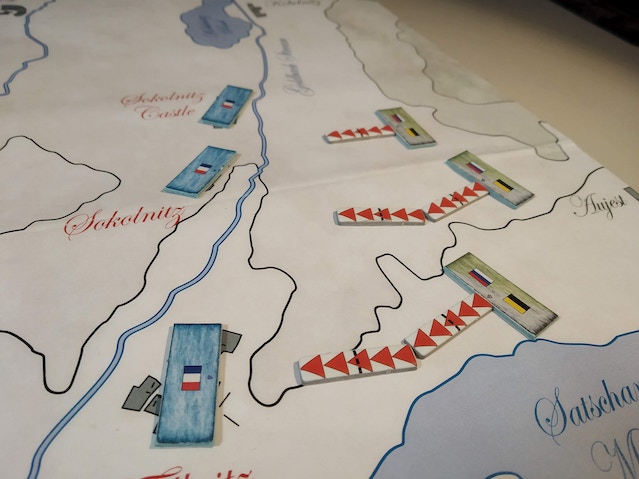 To thank all the backers for their help, we have decided to give you a gift: 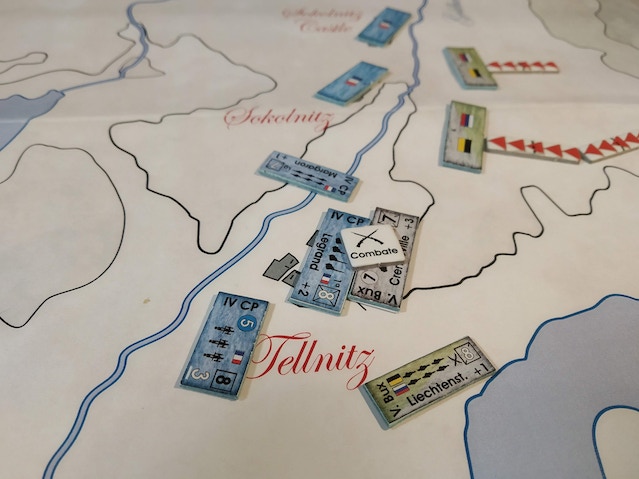 We are going to unlock the stretch goal of the mounted board, so that you can enjoy even more the map of Austerlitz 1805 in your table.

We have also brought the published stretch goals closer to make them more accesible.

What about the solitaire mode?

This solitaire game system doesn't have a card engine, the fog is taken into account, just like in a two-player game, and the winning conditions are the same. 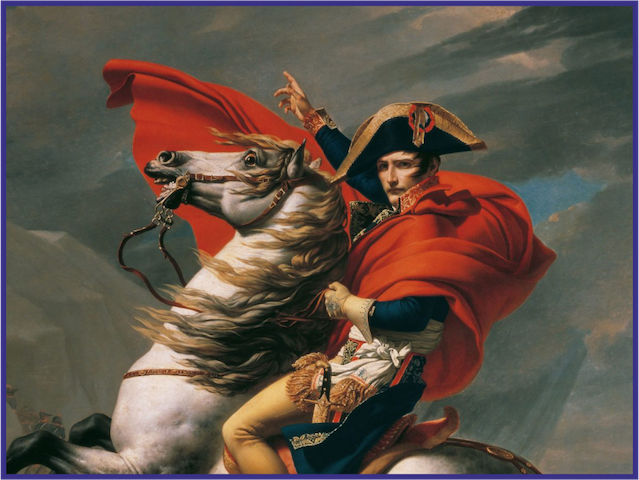 The side without a human player will have to follow the mechanisms that these rules apply, in order to fulfill its objectives. In fog turns, fundamentally, the player's side will never know what the other side is carrying either.

When a unit is detected, its composition is randomly determined, with a die roll on a table, which also includes decoys as well as combat troops. 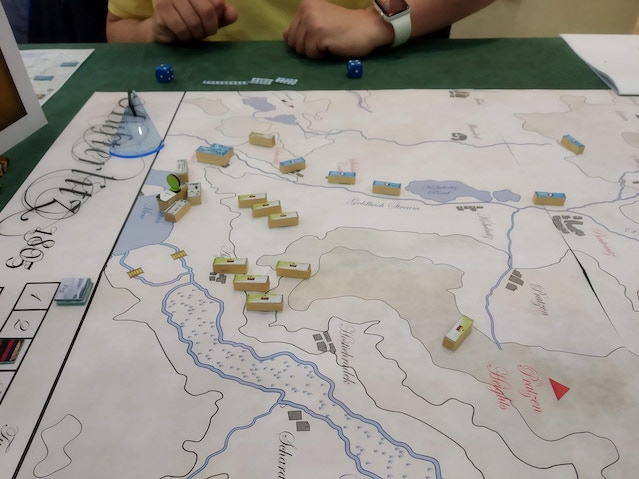 The game is still interesting in all its aspects and they give you the same tension and intensity as if you were playing with another player.

We want to take this opportunity to remind you of the social rewards, to unlock two exclusive reward for backers: : A second help sheet and the OOB of both sides.


Help us spread the word and reach more sponsors, and unlock more content in the game!

Friends!
here the latest update of the project with more gifts and improvements of the game for all patrons.
Take a look, and if you like, share!
You can download free quick reference sheets

The crowdfunding campaign at Kickstarter is now complete.

You will soon be able to access the "Late Pledge" if you are late for the campaign and the backers will receive an email with their personal invitation to the "Pledge Manager".

Thanks to all the backers who have made this project possible, we are sure that you will like Austerlitz 1805 as much as we do.

You can already find the Late Pledge button in the Kickstarter campaign, which, if you missed it, you can still get the game at a very interesting price.